Apex off » Danica Patrick Set To Stay At SHR, Somehow Report–For those who have speculated the GoDaddy Girl may be going somewhere else, think again. Stewart-Haas Racing team owner Gene Haas told Motorsport.com on Sunday at Indianapolis Motor Speedway that he’d like to get Danica Patrick’s deal signed “as soon as possible” — and he expects to do just that.

“We expect her to stay with Stewart-Haas Racing,” Haas told Motorsport.com. “We have some very good sponsors that are in the process of signing up. But we knew that. We knew going in that there’s just a lot of demand for her. Let’s face it, she’s the only woman on the whole grid so she’s going to get a lot of press, and that’s what sponsors want to see. We told her we wanted her to come back. She’s been very flexible about everything. It all has to happen at the same time. You can’t really sign a driver until you have a sponsor. You have to know how much money you’re going to get from the sponsor and that kind of translates into the deal you make with the driver. I think it’s all going good.”

Somewhat surprising news? Danica Patrick is apparently going to be back at SHR in 2016 regardless of the fact that she has done nothing in a car that should be running Top 10 like her teammates the #4 and #41 every week. Danica Patrick is not going to be a top level cup driver, she is a 25th-40th place runner who is taking away a competitive ride from someone who could actually do something with it.

In her three year cup career she has a best career points finish of 28th in her rookie season. That means in 2014 she did worse than that, worse than 28th and she gets to keep her ride. This season she sits 22nd in points and continues to slide. She has 6 career top 10’s. S-I-X, in three years. Martin Truex had 14 in the first 15 races this year, just a little perspective. She averages 2 a year an Darrell Waltrip thinks that is progress. It’s really unbelievable the rope she is given in terms of what other drivers are given.

So in 2016 she’ll be back at SHR taking away a competitive ride from someone who more likely deserves it. She is obviously a media darling and a very marketable driver but at what point does mediocre results effect marketability. This is SHR’s decision but the team has to question the decision when they could have a driver that puts them at the front. 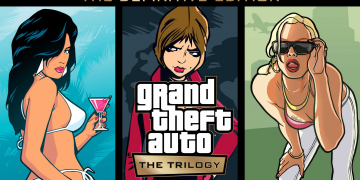 NASCAR Wanted To Add A 4th Stage Because Nothing Makes Sense